“Pop tart” is the qualification by which Rob Halford identifies most readily in his newly released book (Confess: The Autobiography). And although he has the musical-phrasing proficiency of the crooners of popular music at its height, it hardly shows in this book – a rather dry, sparse, and substance-lacking piece.

The lack of substance does not pertain to Halford’s romantic life, which is the main subject of the book. There is no way his need to be out with his sexuality could be underestimated – it is no less than cathartic and life-saving – his personal purgatory, as he calls it. After following him through his ordeals and dalliances, we are happy with the conclusion of Rob being in a commited relationship for twenty five years.

Speaking of K.K., his individual musical contributions (prior to British Steel where Judas Priest began writing as a team) seem almost entirely omitted from the book, in favour of various references to Glenn Tipton and his “ingenious riffs”. There are words full of sentiment as to how he and Halford wrote music together; in contrast, there’s no reference to Before The Dawn, a ballad by Downing which is known to have been very personal to Halford, who wrote the lyrics. In addition, there’s a distinct negative colouring of Downing’s character, referring to him as “constantly moaning: that’s what he does”, at times completely irrational, and being notorious for holding a grudge. In contrast, Glenn is portrayed as self-assured, determined and clear-visioned, almost a saintly figure “with a beatific smile”, who would regularly dismiss Downing’s “moaning” with a sarcastic remark.
It is nearly painful to read such accounts in light of the book by K.K. Downing, which serves as a poignant outlet for his life of frustration within the band, caused primarily by the condescension and dismissal by its dominant figure (Tipton), even when vital matters were brought to the table, pertaining to both the band’s business and interpersonal dynamics.

Rob Halford, on the other hand, has no issue with authority of any kind. He dreads confrontation – a leitmotif in the book. We see him, in a large portion of it, fawning over various “stars”, including Johnny Depp and Lady Gaga, and not least, “Queenie”. It feels awkward to witness Halford’s delight at being noticed by a “celebrity”. At least once in the book, he describes himself as masochistic.

In contrast to the drooling accounts of encounters (or their contemplation) with Freddie Mercury, Cher, Jack Nicholson, Madonna and various others, there’s little in the book pertaining to musical matters. Halford claims, understandably, that Judas Priest is the most important thing in his life – and yet music seems a backdrop for his next romance or brush with a celebrity.
He awkwardly derides some of his work, both in and out of Priest, for various reasons: projects outside Priest (except for Resurrection which he designed purposely as a statement that he was “metal” and an appeal to rejoin the band) are given little significance, particularly the album Crucible, strangely described as “not heavy, unlike Resurrection”. A work with Priest such as the infamous Eat Me Alive is addressed as lyrically “a joke”, although it can’t be a more poignant sublimation of Halford’s “enormous sex drive” which coloured both his work and personal life.

Halford seems most concerned with the perceived authority of not only Judas Priest, but the metal scene in general; in fact, he has recently stated that “metal” is his favourite word.
Like Downing, he embraces Nostradamus wholeheartedly and swears that the album should one day see its proper presentation and rightful place as a rock-symphonic masterpiece; unlike Downing, he does it somewhat apologetically: after all, the album had divided “our beautiful metal maniacs”, as he likes to refer to them in public. A simplistic, formulaic, easily digestible album like the band’s latest, Firepower (a big commercial success) is laudably extolled.

In conclusion, Halford leaves us on the happy note that “The Metal God” can’t be more fulfilled – a title he likes using, leaving us to question the extent and depth of his self-irony. It doesn’t seem to penetrate between his self-effacing and his self-aggrandizing sides, nor does it aim to. Halford’s irony is neither of the Socratic nor the Romantic kind: it is content with the lustrous duality of the surface.

ENSLAVED‘s E is an enthralling experience. It is disturbing and uneasy to assess after spinning a few times. Criticisms which one tags seem to evaporate, with one’s head left ringing. “Progression” aside, ENSLAVED is and will by all accounts remain an extreme metal band.

Storm Son is “classic” ENSLAVED off the Ruun and Vertebrae era, rather pleasingly adorned with a solo which seems to come out of Maiden’s Alexander The Great.

The River’s Mouth bears a strong resemblance on OPETH, dominated by the band’s new clean vocalist. The prominent part in Sacred Horse is yet another Oriental motif one would connect with MELECHESH rather than vikings, and the song drags on after Grutle stops commanding the team.

With Axis Of The World, it becomes clear he commands the whole parade. The song starts a simple and straightforward heavy metal (Run To The Hills this time?), and evolves into an infatuation of the keyboardist with (let’s say) Weather Report – which will also mark the beginning of the next song, Feathers Of Eolh, however in a way less interesting than 70s jazz-fusion and jazz-rock (which this album seems to pay some tribute to, rather than being infused with Floyd this time). The songs seem to meander or drone on, perhaps intentionally, emphasised by the slumberous (whenever it’s not too cheery) clean vocal, and the psychedelic effect of hypnotic incantations. These vocals, however, seem squeaky-clean, in stark contract with Grutle’s grim command. His cooperation with the previous, more melancholic vocalist felt somehow symbiotic, while with E, I have the feeling Grutle and Hakon have recorded separately and unaware of each other. Nevertheless, the songs have interesting progressions, which don’t leave one bored. Indeed, the masterpieces of Isa and Ruun might have felt too compact, too cohesive, while we’re often thrown off-board here, which may or may not be a good thing. The epitome of that sensation is Hiindsiight, featuring light jazzy quitar and sax out of Spyro Gyra, and uber-heavy vocals.

This is a record which cannot be adequately “told”. It’s a hotchpotch one should warm up (to) for oneself.

Warming up is not good enough for me – I need to be smashed and melted – and this is exactly what Djupet did. The latter half of the song is part proper black metal ENSLAVED, part tribute to Celtic Frost, with the sheer aim to outdo them. It ends on a doomy recitative spell, so I don’t even bother to find What Else Is There. I can only bow down to this black metal master, who – however bad taste it is to mention – renders overly hyped SATYRICON  into non-existence.

Without Grutle Kjellson, this record may be interpreted as aesthetically-pleasing psychedelic-toned display of musical literacy; with him, it is dreadful – a high-order compliment in terms of dark aesthetic.

ENSLAVED might well steer clear of territories already walked by geniuses in the 70s, and go back “to their roots”, which seems to be the wish of the majority of their listeners. Then, I will go back with them and learn all about black metal – which I’ve never so far bothered to do.

Ideally and wishfully, I’d see them do more doom.

P.S. Ignore this review. The album evolves with each listen, fluent and nearly flawless. It demands immersion and repels discourse; once crushed, one is elated. Transcending its parts, it becomes an unitary wholeness. As someone wrote: “The Vikings moved from the drake to the shuttles and flew to the stars. This happened a long time ago. But on this album, it’s somehow especially felt. I’m waiting for the elk.”

Caring little whether or not SAMAEL have a political message, their “Hegemony” is one of “pleasure and delight, extended in souvenirs”.

It seems these French Swiss (and Spanish) charmers have arrived at one coherent blend to consolidate their sound throughout the years. The album could have well been self-titled, presenting the ultimate formula for our aesthetic satisfaction. This isn’t to undermine the artistic produce, but to emphasise it isn’t just interesting or challenging like many of the contemplative post-metal acts; that it doesn’t demand from the listener, but lavishly caters for him.

SAMAEL have a staunch yet not a huge fan base, which can be ascribed to the fact they are an exquisite pallette of rigor and splendour, which is rare in metal. The symphonic score enters into a racy relationship with the gutturally alluring vocal, both intricately nuanced and precisely accentuated. There are of course lovers of the darker, stickier SAMAEL side, as well as those enjoying their uplifting electronic rhythms; and while their previous album, Lux Mundi, was closer to the former (in The Truth Is Marching On in particular), Hegemony displays the brand of the Reign Of Light/Solar Soul era a little more obviously. Echoes can be heard from beautifully adorned songs like Heliopolis and Western Ground; and while the anthemic side (as in On Earth for example) is here, it is well counterbalanced with other elements as to not sound overly accessible. Black Supremacy is an example of older and newer era SAMAEL in one, and while Red Planet works as the compelling hymn of the album, anthemic nature is inherent in all tracks in its former half. While happy with the frenetic synth and copious melody, I begin to miss the enticing obscurity of songs like Born Under Saturn from Passage – and then we arrive at the second part of this thirteen-course plate, gradually catering for our darker, more decadent urges.

While I see SAMAEL as a lushly crafted Swiss clock counting intervals of delight, their social and philosophical appeal is never to be underestimated: conscience and autonomy of thought, in order to arrive at the appreciation that “our quest for harmony is the pinnacle of humanity”. 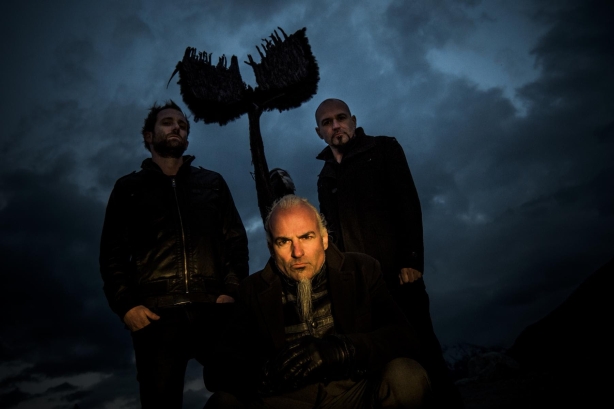 What makes SAMAEL a great band, in the end, is the fact their poignant offerings serve only as a reminder what awaits us live.