The tracklist:
1. Cosmic Oceans of Death
2. Evil Civilizations
3. Our Sun in Agony
4. Battle on the Edge of the Galaxy
5. The Order of Zurr
6. Apocalyptic Nightmares

The Metal Mayor – Tsonko Tsonev, announced details of the forthcoming Varna Mega Rock Festival that will take place on 18 and 19 August 2018 at Port Varna in Varna, Bulgaria.

Glenn Hughes will headline the first festival night on August 18th and will deliver a 90-minute set of DEEP PURPLE music. NIGHTWISH will headline the second night and this will be their only show in South Eastern Europe for the season. One more band from the States and another one from Finland will be announced soon. 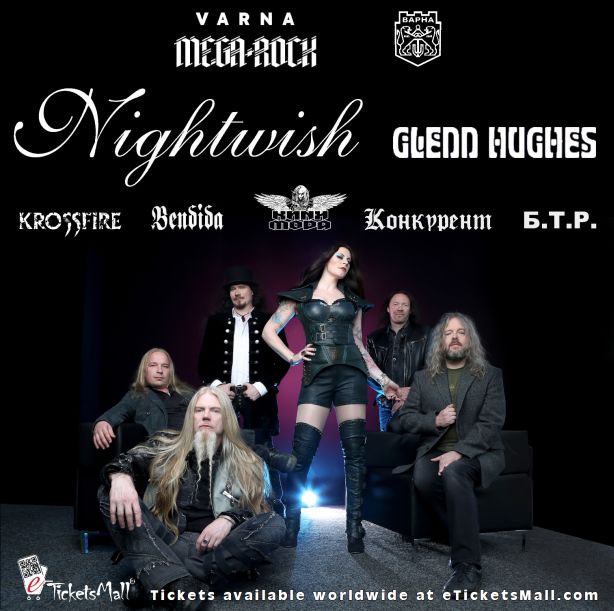 The local bands in the festival line-up are BTR, KROSSFIRE, KIKIMORA, BENDIDA and KONKURENT.

Tickets for both festival days are available worldwide at eTicketsMall at the special price of BGN 70 (EUR 36) until the end of the February. As of March 1st they will cost BGN 90 until July 18th and a month before the festival their price will be BGN 120. Tsonko Tsonev said that the space at Port Varna is limited, so it is highly recommended that fans book their tickets on time if they don’t want to risk missing this festival. Kids under 12 years of age will attend free of charge. Single-day tickets are not foreseen at this stage.

On February 10, the Legendary U.S. Bay Area Thrash Gods, HIRAX, performed at True Thrash Fest Osaka in Japan. The stage-filmed video footage for the songs “Idk”, “Hellion Rising” and “Baptized By Fire” is now available on Youtube, watch the 9 minutes and 31 seconds of Pure Intense Over The Top Thrash Metal, here:

HIRAX is an American Thrash Metal band beginning in 1984 under the leadership of vocalist Katon W. De Pena (founding member). The band was an early example of the Thrash Metal, Speed Metal and Crossover. HIRAX is based in Los Angeles but, at that time, because of the weak Metal scene in their area, they spent most of their time playing in San Francisco along with SLAYER, METALLICA and EXODUS, who were all part of the exciting new Metal emerging from the Bay area. They released a four-song demo in 1984. This demo was widely circulated and the band became known and respected worldwide through the Metal tape trading underground. Since then HIRAX has released 5 full length studio albums and multiple EPs and has toured the world including many festivals in South America, Europe, Japan, Scandinavia, and the U.S.A.

German label Neckbreaker Records will release “Inevitable End”, the new album of Bulgarian Oldschool Death Metal band DAY OF EXECUTION. You can listen the song „The Beast of War“.

The cover artwork is done by Nikola Kaloferov again.

Bulgarian Death Metal band DISTORTED REALITY stream their debut EP, entitled „Reality of Madness“, released on MCD in December 9, in their new Bandcamp profile distortedreality.bandcamp.com – there the tracks can be heared and purchased in digital format.

It’s been well over two months since THE 3RD ATTEMPT promised that the second instalment of their track-by-track concept video would appear within days of the December release on Dark Essence Records of their second full-length album “Egocidal Path”. The two-part video was intended to give a very personal insight into frontman and lyricist Ødemark’s emotionally charged, and highly personal lyrics, with the first part describing the first four tracks on the album, and the second highlighting the last four tracks.

Unfortunately, a series of problems and mishaps caused the second part to be delayed until now, because, as Ødemark explains, “Everything went fucking wrong. It really did. Every single step of the creation of this two-part video was hit by either technical issues, a computer breakdown, lack of time, and of course, the inevitable noob mistake. It could be said that the whole process was a series of disasters, but perhaps that’s why I couldn’t be more proud of the final outcome.

“This has been my first video creation ever, I had a vision and the motivation, and in order to make it happen I began learning all the technical stuff there is to learn about every aspect of video making (animation, recording, lights, editing, post production, encoding etc ..) Add to this the fact that I had 0 Budget, so all the costs came from my already empty pocket. But anyway, if there is no money, it has to be replaced by ingenuity and knowledge, and I wouldn’t let anybody interfere with it or give me a hand. I was set on proving I could do it all myself – and I did!”.

The 3RD ATTEMPT was formed by former CARPATHIAN FOREST guitarists Tchort (GREEN CARNATION) and BloodPervertor (OPUS FORGOTTEN) and, aside from Ødemark on vocals, the band’s lineup is completed by Tybalt (FORTID, DEN SAAKALDTE) on drums. “Egocidal Path” is the follow up to the band’s 2015 debut album “Born in Thorns”, and, with it, according to Tchort, the 3RD ATTEMPT took a “huge leap towards the true sound and identity of the band. While our debut album “Born in Thorns” represented the CARPATHIAN FOREST era of our song writing, “Egocidal Path” is a newly written album that is more aggressive, tighter, and in-your-face. It also showcases the fantastic drumming skills of Tybalt (FORTID, DEN SAAKALDTE) and the vocal range and creativity of Ødemark“ 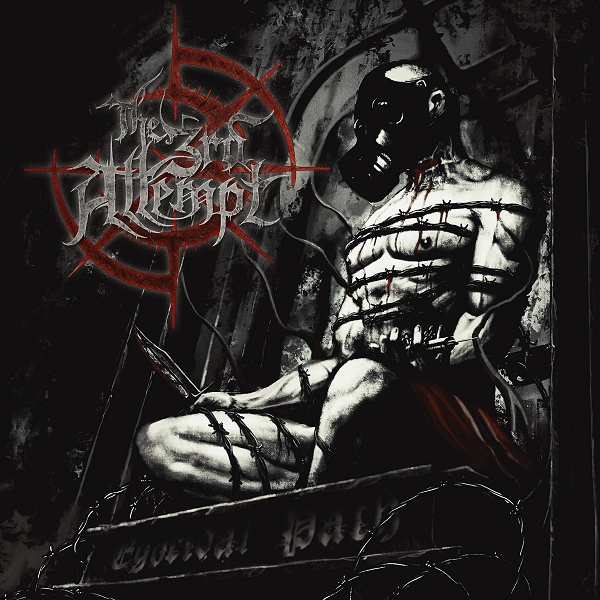 Ødemark himself explains what he sought to achieve with the two concept videos: “I wanted to give a visual context to our music, and, at the same time, give as much of an insight into the thinking behind the lyrics without it being a written explanation that nobody bothers to read anyway. This lead me to creating what you are now seeing. Yes, I do give a general idea of what each song is about, but I don’t set out to explain the lyrics line by line, I want those who are interested to discover things for themselves.

As regards the visual content, I decided to create a two completely different scenarios. WIth the first video, I wanted to convey the sense of chaos associated with the self-destructive lifestyle aspect of Black & Roll, and to do this I had to adopt a “0 tolerance for political correctness”. So if the mere sight of the naked human body or drugs offends you in any way, if you do not want to see the whole of what life involves without getting “offended”, well, this one is not for you. Life is, what life is, with or without your personal approval. With its hints at decadence and personal corrosion, the first video contains a lot more symbolism. The barbed wire and the pain is real though, and people can decide for themselves what it all means.

For the second Video, I wanted something radically different, I didn’t want people to have to drink twice from the same cup. I needed to create a more realistic scenario as I wanted to depict depression, madness, confusion, mysticism, and make it more personal. I almost went too far with the cutting in the last scene, it all ended up with a pool of blood behind the scenes – too much adrenaline, jeeze!”